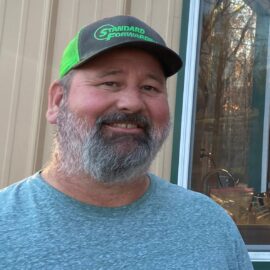 I am a co-founder of Cousins Compost, LLC and head fall guy for our sales and marketing. I'm also one heck of a worm herder, if I do say so myself! 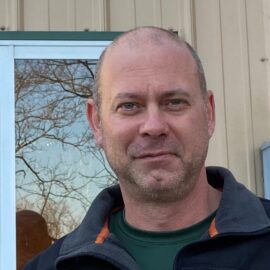 I enjoy combining my interests in permaculture, homesteading and gardening with my past professional experience. I hope our products and services bring value to your life.

Cousins Compost, LLC began like so many other businesses… by accident.  During the spring of 2020, Jason’s boys were doing a fair amount of fishing and were constantly bugging him and his wife for more fishing worms.  Jason has a reputation of being cheap (he calls it being “Frugal Forward”), and wanted to find a more economical way to take care of the boys fishing hobby.

After thinking for a bit, and leaning on his wholesale supplier expertise, he decided to buy some worms in bulk.  After all, they were just worms right?  How hard could it be?

After buying the worms and then realizing he really didn’t know the first thing about long term care, the research began at a feverish pace.  The more Jason learned, the more his interest blossomed (to the point of annoying his friends and family, Haha).  He was fascinated by the worm’s ability to process organic waste, otherwise destined for the landfill, into an ultra-valuable, all natural soil amendment.  Jason spent a lot of time creating bins and observing the worms.

A few months later, Mark (Jason’s cousin), learned from Jason’ mom that he was “into worms”.  Mark (oddly) got pretty excited.  He had been considering raising worms for a few years, but hadn’t yet started.  Mark was interested in using them to create castings for his family’s garden.

Shortly after learning about Jason’s interest in worms, Mark went on a fishing trip to the Upper Peninsula of Michigan with another cousin, Aaron.   See, unbeknownst to Jason, Aaron was in the process of buying a thriving greenhouse business.  Aaron knew that worm castings were very beneficial to plants and was considering implementing them in his own growing process.  Aaron was also beginning some permaculture design on his property.

As luck would have it, just prior to learning of Jason’s worm adventures, Mark had lost his job due as a result of COVID-19.  He was ready and excited about future possibilities.  On the drive home from the fishing trip Mark and Aaron called Jason on speaker phone to find out more info about his worm “habit”, his plans for them, and to have a few good laughs. Ideas and plans started brewing.  Little did they know that Cousins Compost, LLC would be just around the corner!

By August, Jason and Mark completed hundreds of hours of research and conversations regarding worms and their potential.  Why not, right? It was 2020 after all and everything was weird!  They had a dream, formed a plan, did the math, and ultimately decided to take a leap of faith into the world of vermiculture and composting. Cousins Compost, LLC was officially formed on 8/12/2020 which also happens to be Jason’s Mom’s birthday.  Very fitting since it was her communication that started it all.

P.S. – If you want to stay up to date with Cousins Compost, please join our email list!